Deciding Between Investing and Paying Off Your Mortgage? Check Your Interest Rate!

Deciding Between Investing and Paying Off Your Mortgage? Check Your Interest Rate! 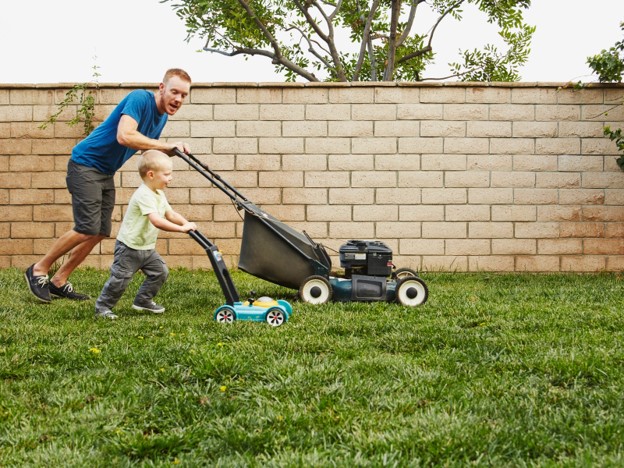 Check out this article from Business Insider:

If you’re deciding whether to pay off your mortgage early or invest, it boils down to one thing: interest rates

“If the rate on your mortgage is higher than investment return estimates, pay down the debt first. But if you’re open to refinancing your mortgage, that’s usually the best option. Your interest rate will then be lower than what you could earn in the markets and you can invest the savings from monthly payments plus any other extra income.

For a more conservative approach, still refinance for a lower interest rate, then pay the mortgage off more aggressively before investing. If you have a mortgage and cash to spare, you’ve probably considered paying off your loan early.

To be unencumbered by debt feels good, but paying down a mortgage years before you need to may not be the best way to build wealth, if that’s your goal. Brian Fry, a certified financial planner who founded Safe Landing Financial, says making the right decision boils down to interest rates.

In essence, you want your money to earn more than it would cost you elsewhere. Fry ran a simulation for Business Insider comparing different scenarios for a hypothetical homeowner. The homeowner just got a raise that will net them an additional $24,000 a year after taxes. They are 15 years into their mortgage and have a remaining balance of $282,221 at an interest rate of 5.84%.

They have an established emergency fund and no other debt, and they’re already maxing out their 401(k) and IRA. Their nest egg is diversified, and they are looking to make the best financial decision about how to use the extra income to maximize their wealth. This is important, as Fry doesn’t recommend paying down a mortgage aggressively or investing more aggressively until the rest of your financial house is in order.

For the investment fund, Fry used the Vanguard Total Stock Market Index Fund, which has a long-term annual return of 5.38%, according to JPMorgan estimates. He said it’s important to remember that the market doesn’t go up by the same percentage every year: Some years offer better returns, while others may have negative returns.

In a simple comparison of interest rates, paying off the mortgage early wins. “A 5.84% interest rate on the loan is higher than the market’s expected rate of return. If the homeowner is locked into a higher interest rate, it’s best to pay off the debt first,” Fry says.

However, that’s not the best possible option. Since interest rates today are lower than the homeowner’s current rate, the homeowner would benefit from refinancing their mortgage, he says.

Pay off mortgage early or invest: The best actions you can take

Fry says the homeowner can refinance to a 15-year fixed-rate mortgage at an interest rate of 3.19% — over 2.6% lower than their current rate.

According to his calculations, if the homeowner refinances their mortgage and invests what they save on monthly payments plus $24,000 a year, in 15 years they will have paid off their loan and have an investment account balance of $623,701. Fry says this is the best option for the hypothetical homeowner, who already has an emergency fund and is maxing out their retirement accounts. If you don’t have your savings in order, take care of that first.

But unfortunately, investing in the stock market is a gamble and returns aren’t always consistent year after year. If the homeowner still refinances for the lower interest rate, but wants to act more conservatively, “they can pay off the mortgage and then invest and still come out OK,” Fry says. Their investment account balance at the end of 15 years would be $599,662.

Pay off mortgage early or invest: The worst actions you can take

Fry says the worst financial decision the homeowner could make would be spending their extra income and not refinancing their mortgage or investing. Since the goal is to build wealth, spending cash won’t move the needle.

The second worst option, according to Fry, would be ignoring the opportunity to refinance. Refinancing to lock in a lower interest rate can lower your monthly payments significantly, saving you thousands of dollars in interest over the life of the loan. As outlined above, whether you decide to pay off your mortgage more aggressively or invest aggressively, refinancing saves money.

Refinancing is best for people who aren’t planning to move any time soon, in part because there are closing costs that run between 1.5% to 4% of the remaining mortgage balance.”